Drugging your kids to make them behave is not the solution 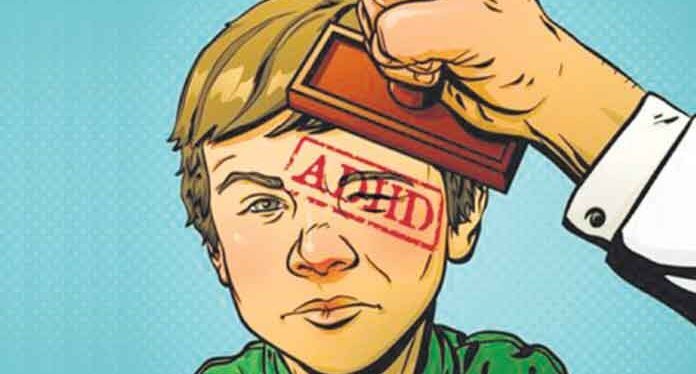 Proving once again that medication is not the answer to getting inattentive kids to do well in school, four Fort Worth area public schools are finding success with the LiiNK program. This revolutionary approach to schooling and counteracting ADHD is based on the idea that offering kids more unstructured play can help them focus and do better in the classroom.

It seems silly to label the concept of allowing kids to be kids as “revolutionary,” but we have gotten so far away from letting children enjoy life that the idea is indeed raising a lot of eyebrows. In fact, some teachers in the school districts involved initially resisted the idea because they feared they would be unable to teach the children everything they needed to learn in the amount of time available until they saw the results.  Although this again is another case of common sense not kicking in, since how much of that time do teachers actually spend teaching vs dealing with disruption and bad behaviour.

At Fort Worth’s Eagle Mountain Elementary, kindergarten and first-grade students are now being given two 15-minute breaks in the morning and another two in the afternoon. The total recess time of one hour per day is three times the amount they were given previously. They go outside regardless of the weather to play games or use the playground equipment.

Just five months into the new schedule, teachers found that their students were more attentive listeners who were better able to focus, follow directions, and solve their own problems. They were also less fidgety. Even parents are noticing the changes, commenting that their kids seem to be more creative and independent.

The pressures of public education are immense, with young children being increasingly pushed to do well on standardized tests, and subjects like physical education, music and art getting the short shrift. It’s easy to imagine how kids with more active dispositions would struggle in such a restrictive environment.

In today’s quick-fix-obsessed society, the answer for many has been to give these energetic kids an ADHD diagnosis and some pills in an effort to get them to sit still. There are countless reasons that drugging young children is not the best route to take despite Big Pharma’s claims to the contrary, not the least of which is the likelihood of suffering a number of unpleasant side effects from ADHD meds and screwing up your kids future.

Contrast this with the simple concept of a recess, which has been shown in studies to give kids a number of vital physical, emotional, social and cognitive benefits. In fact, the American Academy of Pediatrics calls it a “crucial and necessary component of a child’s development.”

The LiiNK program was inspired by the education system in Finland, where students earn some of the best scores in the world in science, math and reading. Experts say that giving kids recess essentially “reboots” their systems. When they return to the classroom afterwards, they have renewed focus and are more receptive to learning.

Maximizing the benefits of recess

The breaks need to be outside to be effective. Texas Christian University Kinesiology Professor Debbie Rhea says that natural light, fresh air and vivid colors all have a positive effect on the brain and its functioning. Spending time in “green outdoor activities” has been shown in studies to reduce ADHD symptoms.

It is also essential that the students’ recess entails unstructured play, she says, which means they can run around, play together and invent games or use their imagination. Teachers should take a limited role, staying nearby to ensure everyone is safe.

The program has been so successful in Texas that other schools across the nation are hoping to implement it soon. It’s amazing how such a simple concept – giving kids time to run around outdoors – can have such a transformative effect. With this approach, everybody wins… except, of course, Big Pharma, who won’t be selling as many poisonous ADHD meds to parents who have been fooled into believing their only option is drugging their kids.