Turn your Android into a Windows Phone 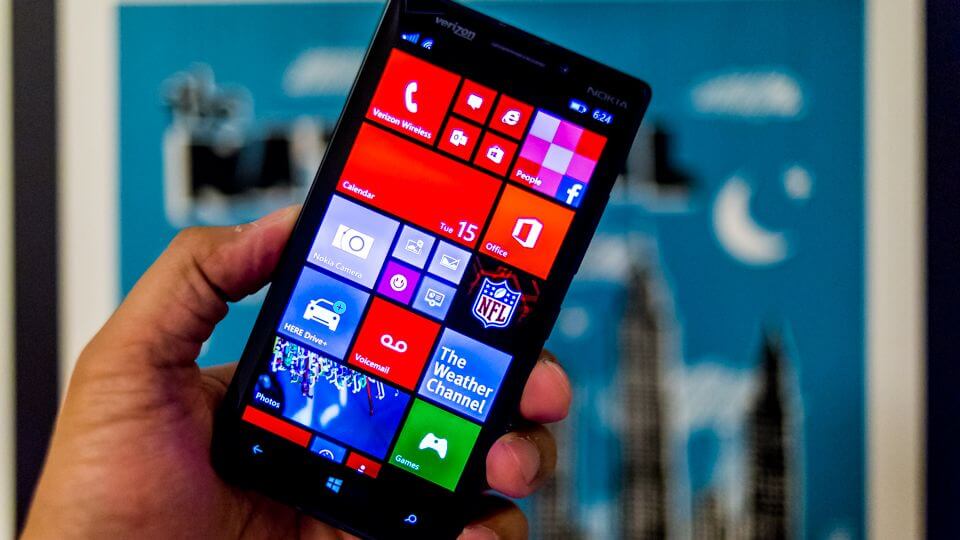 Windows Phone has received a lot of bad publicity, and the main complaint you see from ignorant reviewers is that there is a lack of apps for windows Phones (WP). While there may be many legitimate reasons to not like WP, lack of apps is not one of them, there are currently over 500,000 apps in the WP store, and there were 300k even when I got my phone, so I would hardly call this a lack of apps. Sure there are some apps you may want that do not exist because most vendors do not bother with WP due to the small user base, but in most cases someone else has created a good alternative and I have found the quality of most WP apps to be high. I have only found a very small handful of apps I wanted which were not available at all or were so bad I could not use them, LastPass and Kayako are 2, both of which I needed and both of which are dire on Windows as the developers have put barely any effort into them and they lack the functionality of their Android counterparts.

The biggest cock up that Microsoft did make was not releasing Windows Phone 10 at the same time as Windows 10, and I think this killed it for them, aside from being too late to the phone  party in general. And then they have taken forever to roll out the upgrade to Windows phone 8 users, and many phones will not even keep the upgrade as promised as their phones do not meet minimum memory requirements.

I have a Nokia Lumia 930, running WP 8.1, which I purchased after getting fed up with Android updates making my Galaxy note unusable, killing my battery life etc. It turns out I much preferred Windows Phone, it was faster, more responsive, more reliable, and I simply preferred the more grown up and business like UI. The requirements for WP are also a lot lower and thus the phones are lower spec and cheaper as a result. Certainly there were some areas of functionality lacking, and I got fed up waiting for WP10 to be released for my phone, and so I installed the insider preview instead. Sadly it has been riddled with bugs, with each update seeming to break something new, and then it seems the last update I did must have resulted in the battery being drained super fast, as it was only lasting half a day with no use whatsoever and suddenly became unusable.

At the time I thought it was a problem with the phone/battery itself, so decided to bite the bullet and get an upgrade from O2, and decided to try the much applauded Samsung Galaxy S7 edge (which I will be reviewing). While I like the look of the new Lumia 950 XL,  my experience with WP10 insider preview has given me a bad impression that if I bought a new WP10 phone, I would have same issues, and as much as I like Windows Phone, unless Microsoft pulls a rabbit out of the hat, its days are certainly numbers, unless the rumored surface phone saves the day.

Now annoyingly after I got my new Galaxy S7, my son asked if he could have my Lumia 930, so I did a factory reset on it, and installed latest updates, and guess what, the battery is now fine GRRR!!

So I then decided to find out if WP10 was officially available yet, and it was, although this information was not made easily available by Microsoft, you have to install the upgrade adviser first to find out if your phone supports WP10, and then you have to enable the upgrade. So I would imagine that most WP8 users are never going to find this out. You can find upgrade instructions HERE.

So I now have an upgrade that I didn’t really need and I am tempted to just send it back and carry on using my Lumia. But I first decided to see if there was a way to make Android UI more like Windows Phone, so then maybe I could have UI I wanted, but keep the other advantages this phone offered, and it turns out there is a way. 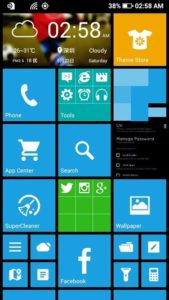 A number of developers have created Windows Phone style launchers for Android that emulate the WP8 or WP10 UI and layout. The best one I have found so far is “Launcher 8 WP style” which has managed to emulate the WP tiles interface so perfectly that you think you have a Windows Phone. The only thing that seems to be lacking is live tiles, as I so far have not seen any of the tiles updating. Most of the others I have tried have not got it right, and just look like cheap knockoffs as they have no got the tiles right. This app also includes themes so you can change the look further.