Qustodio seems like a popular choice for many parents due to marketing and the endless amounts of affiliate clickbait reviews.  Read my “honest” Qustodio review to find why you should NOT be using Qustodio for your parental controls.

If your kids have multiple devices on different OS’s (Apple, Android, Amazon, Windows, Mac, Linux), then parental control can be a real nightmare, as most apps are not available on all platforms.

For desktop security, I was using Microsoft Family Safety for time limits and activity reporting plus BitDefender for cybersecurity + openDNS for an additional level of content filtering at the router level.

For my kids mobile devices, I was using MMGuardian + Kid-Control. If your devices support these 2 apps, then I would recommend using these over Qustodio.

Last year I bought Amazon Fire tablets for my eldest boys, and due to their age I could not use the built-in “fire for kids” mode as it was too childish and restrictive, and they just refused to use the tablets.
Sadly MMGuardian is not available on Amazon marketplace, so I had to look for something else, as It quickly becomes very confusing and a lot of hassle if you are using different products on different devices, so I started looking at the limited options available on the Amazon store.

Due to the ongoing issues with Microsoft family safety. I was also looking for an alternative solution for my kids desktop PC’s as well.

There was little choice on Amazon marketplace, so I decided to give Qustodio another try.

TL/DR summary: Qustodio has very poor security and is easy for kids to bypass or simply uninstall the app. You definitely cannot rely on Qustodio and will need to be diligent and technically aware enough to also manually check and monitor your kids devices every single day to make sure they have not tampered with Qustodio.

I tried out the trial version of Qustodio a few years back when I wrote my article Cyber Security: How to protect your kids online, but it was lacking in several areas so didn’t bother installing it on my kids devices and  opted to go for MMGuardian + Kid Control at the time, as MMGuardian had better monitoring, better activity tracking, better security and more control but lousy GPS tracking, which is why I used kid-Control as well.

Overall, the first impression of Qustodio is that it seems to do a fairly decent job at blocking content and controlling screen time. It blocks dangerous sites, it enforces safe search in all browsers and on youtube, it allows you to block or allow specific apps and websites either globally or per device, and it also allows you to set time limits.

The interface is not especially intuitive, and until you get used to the app, it is quite an effort to figure out how some features work and where to find the settings as some options are rather disjointed and the web interface does not match the Android app. My wife still struggles to find where or why something is blocked or disabled.

With the screen time, you can enable/disable time controls, by setting which hours of the day the device can be used and you can also set allowed number of hours each say. So you could, for example, say that they can use their tablet for 4 hours per day between 9am – 7pm.

Since I have started using Qustodio, they do seem to have implemented one of my suggestions, and you can now set time limits on specific apps as well, which means you can limit time on games or social media only for example.

All access levels is very much an all or nothing solution though, so you cannot make a change that applies today only for example, so if you block access on Tuesday, it will be blocked every Tuesday until you undo it.

What I really wanted is a time quota solution like Microsoft Family safety, allowing time to added ad-hoc on a daily basis,  so kids have no time by default,  they have to come home from school, do their chores etc, and then they could request time, at which point I would grant the request and give them x number of hours screen time.

This was very flexible and very easy to manage and meant that if they were banned for being naughty, I just did not give them any time that day.

One huge issue is the complete lack of any social media or chat app monitoring. Qustodio claims on their website to have social media monitoring, but this is not true. The only option they have is for Facebook on desktop pc, which requires the child to install the Qustodio facebook app, which can just as easily be removed by your child, so is essentially useless.

There doesn’t seem to be any support for the facebook mobile app or monitoring for the many other social media websites or apps on mobile devices such as Twitter, Instagram, Google+ or any of the myriad of chat apps such as WhatsApp, Skype, Saraha and all the others.

The whole reason for monitoring your kid’s online activities is to make sure they are not being harassed, threatened, bullied or getting involved with bad people.  In this respect, Qustodio completely fails and is essentially useless. They could be chatting to paedophiles or being groomed by drug dealers, and you will never know.

Most times I tried to use the location tracking to find out where my kids were, it gave a completely wrong location or was still reporting an old location from hours or even days ago.

For this reason, I do not rely on a single product, as none of them has been perfect. I primary used kid-control for the location tracking, but this has also become unreliable, so I am again looking for alternatives.

Note: I am now using Life360 for tracking, which has been very reliable.

This one really does defy logic for me. If you make any changes to your child’s settings, such as block/allowing an app, adding/removing time etc, this will often not take effect until the next day unless you reboot the device.

So let’s say your child is being naughty or has not done their chores, and you lock their phone as punishment, you think they now have no access. In fact they are sitting up in their room using their phone as normal.

Tomorrow comes, the block has now kicked in, but your child has now gone out with the friends. You remove the lock, but of course, it has no effect. So unless your child thinks to reboot their phone, they are now stuck unable to use their phone or make calls and think you have done it on purpose.

I contacted Qustodio support about this and they confirmed this is intended behaviour. I did point out the above reasons why changes need to take immediate effect or they are pointless, but they were not interested and did not remotely care about the safety of the kids. 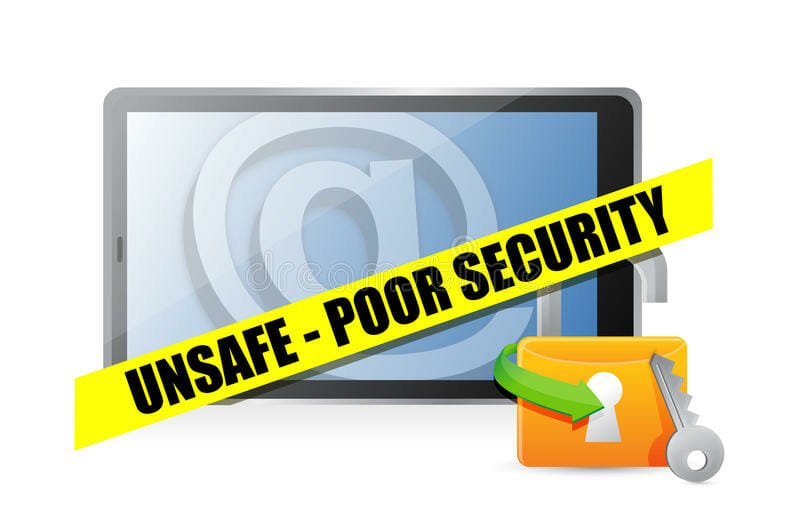 Sadly, any good features about Qustodio are rendered completely moot by the fact that the security is terrible and it is very easy for kids to bypass.

The first thing I noticed, is that when the screen time runs out, Qustodio locks the screen whenever you try to do anything, but it takes a few seconds for it to kick in. This means that the kids can still use the device in those few seconds, as they just continually keep opening the apps for a few seconds to read messages etc. It is also possible for them to perform blocked actions if they are quick enough, as they can perform the action before Qustodio blocks it.

For example, even if you have blocked access to the play store, so they cannot arbitrarily install apps, this can be bypassed. Granted it is repetitive and arduous, but kids will go to any lengths to get around restrictions.

All my kids are quite IT literate, and since I wrote this review originally, one of my boys figured out how to completely uninstall Qustodio and told his brother how to do it. Frankly, it wasn’t hard, a quick Google search brings up a youtube video showing you how to do it. It took me a couple of weeks to notice since Qustodio does not alert you that the app has been removed and is no longer being monitored, so that was 2 weeks of unrestricted access for both my boys.

Since then I have discovered an even easier method. You simply uninstall Qustodio in the usual way (hold icon, drag to uninstall link), if you do it quick enough then you will bypass the anti-tampering, as it takes a couple of seconds to kick in.

There is no easy way to stop your kids from doing this either, so my only option was to tell them I was now monitoring for the app being removed and to regularly check their phones. I did contact Qustodio a few months back to report this issue, but they didn’t care.

A few weeks later my kids had then figured out how to bypass Qustodio instead by using the android Guest account, meaning that when I checked their phones, everything seemed fine to me. I only found out about this due to them slipping up and using their phones right in front of me after bedtime when they were supposed to be locked and forced them to show me what they had done. If not for this slip-up, then I would have been oblivious for who knows how long.

I advised Qustodio support about this issue too, and again no real feeling that they care and clealry nothing has been done to address this as it is not exactly a new hack. The best they do is offer a workaround, which is to make yourself the primary user on your kids phones, and then add them as guest accounts. Not ideal.

If all else fails, your kids can simply reboot their Android device in safe mode, which bypasses any parental controls. I have only found 1 app which has a solution to this, which is MMguardian. Thy have a special version of the app which you install during the phone setup, which acts as the phone admin. NOTE: This is not the app you get from the play store.

So if your kids are good with IT and computers, or are even just savvy enough to use Google to search for “how to hack Qustodio”, then they are going to get around Qustodio easily, and it might potentially take you months until you twig.

I would have to recommend MMGuardian over  Qustodio 100%, which while not perfect, is way more secure and does have better monitoring. I have switched back to mmguardian myself and had to resort to just DNS filtering for the Amazon tablets and taking them away at bed time.