Parents Beware! Microsoft Family Safety is broken, your kids are not protected. 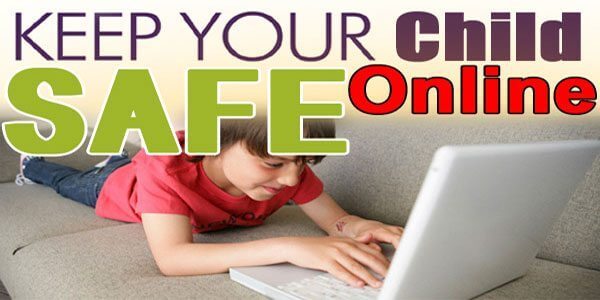 Like many parents, I have been using Microsoft Family Safety on my computers for several years now to keep them safe online by restricting what websites they can view, blocking adult content, restrict what apps they can use etc.

I also used safety to control my screen time, so that they could not spend all day/night on the computer frying their brains and eyesight, or use it after bedtime. By default, we gave all our kids ZERO screen time each and then used the handy “Add time” feature to add x number of hours for them each day as long as they had been good and done their homework and chores etc.

The way that Microsoft has implemented screentime is brilliant and is more flexible than any other product I have used and was working great for the most part until earlier this year when Microsoft started makes changes to family safety and the way it worked.

Family safety was sadly never entirely reliable and as it was only the screen time feature that we really used as the other features had a tendency to just stop working. As the result of these recent changes since Windows 10, they broke every aspect of family safety even more, and there were hundreds of complaints on the Microsoft forums because family safety had mysteriously and without warning stopped working for many parents, putting their children and their computers at risk.

Screen time was no longer working allowing kids to use their computers any time of the day or night or the times were simply being applied incorrectly, allowing access when they should be blocked and vice versa.

Content filtering had stopped working, allowing kids to view any website. I saw several reports on the forums where parents had reported their children had seen some very inappropriate adult content as a result, which is, unfortunately, a very easy thing to happen with a seemingly innocent google search, and I have experienced this myself one time before I had set up parental controls.

App & Games filtering stopped working, allowing kids to install and launch any app or game, regardless of age rating.

I have opened numerous threads on the Microsoft forums, but the so-called “Microsoft Techs” (sic) are about as useful as three colourblind hedgehogs, in a bag. They do not even bother to read the questions, they look at the subject, and just post a canned response based on words in the subject telling you how to set up family safety, and you will not get any other responses from them beyond this. I have even made posts saying “DO NOT SEND ME A LINK TELLING ME HOW TO SETUP FAMILY SAFETY, THIS DOES NOT APPLY. READ THE QUESTION BEFORE REPLYING”. I have put it in bold, caps underline, with arrows pointing to it, but still, they ignore it and still post the same useless canned response.

So I tried completely removing my kids from family safety altogether so as to try and add them again from scratch, this then resulted in my not being able to add them again as family safety said they already existed even though they did not, so now I  was completely stuck. So I then resorted to using “Microsoft Answer Desk”, which is also accessible via a new live chat feature that I discovered in Windows 10, just type “Contact Support” in the search box, and voila, you get a live chat app. So I used this to ask for support, and on every occasion, the answer desk tech was completely clueless and was simply quoting me the same crap from their forums. One tech asked to do remote assistance, and then simply proceeded to open a browser on my machine and use that to search the Microsoft KB and forums for an answer (like I haven’t already done that), and just randomly clicked around on my computer for a while before giving up and getting me to contact another completely unrelated dept that could not help either. Another tech was quoting me instructions from the OLD windows live family safety app (pre windows 8) that was completely out of date and not applicable, I had to tell him that it was all controlled from the family safety website these days. I ended up being transferred around to 3 different depts, none of which knew anything about family safety. One tech actually admitted to me that they knew everything was broken, and I simply had to wait until they got around to fixing it. This I find absolutely diabolical that Microsoft would intentionally cause this problem, put kids at risk and not only keep it quiet, but tell their forum techs to just fob everyone off.

Anyway, finally, I got escalated to 2nd level support due to my Assure subscription (paid support) and spoke to some guy called Medha on the 10th October. Medha started a remote support session and pretty much did the same as the previous techs, just randomly moved the mouse around my desktop for a while, opened and closed the start menu a few times, then went to the family safety website, and just tried repeatedly over and over again to re-add my kids to family safety, getting the same error each time, and just looking blankly at the error, highlighting it, randomly clicking about a bit more and then repeating, somehow thinking he would get a different result if he repeated it enough times, he has was as clueless as the rest of them.

So it seems no-one at Microsoft support has any clue how safety works. Then suddenly my phone rings, it’s  Medha, who proceeds to tell me that family safety is not a supported product and so he cannot help me, even though I have paid support, and the only place to get support is on the forums. Hmm funny how this came out of the blue only after he realizes he cannot fix it, after all these hours of speaking to different techs, including  Medha himself, why wasn’t I told this right at the start by anyone else? In why did he not tell me this at the start of the session instead of spending 30 minutes cluelessly pissing around on my desktop? Strangely he did not have an answer for this.

I told him I had already posted on the forums many times, along with lots of other people, only to get useless canned responses. But he assured me that if I posted again then he would make sure someone replied to me on the forums and solve my problem. I asked him how he could make this random assurance, how would they find my post, he had not taken any details or anything? He could not answer this either and just waffled on saying someone would reply, which of course turned out to be a lie, as I have still not had any responses or help on the forum.  Medha also told me he would create a support case and email me the details so that I could respond to him if I did not get any help on the forums, this was also a lie and never happened.

So I would warn all parents at this time, DO NOT TRUST MICROSOFT FAMILY SAFETY. If you do choose to continue using it, then you need to check all your computers on a regular basis to make sure it is still working in all areas.

Also be aware, that any content and website filter only works on the Microsoft browser. So if your kids know how to install another browser, such as Google Chrome or Firefox, the filtering will have no effect. So you you will need to use something else for add security.