Last year I received an email from Kinsta asking me if I would do a review of their WordPress hosting, which I agreed to do, so here it is. I would first like to clarify that despite being asked to write this Kinsta WordPress hosting review, it has not been sponsored, I have not been paid or offered any incentive whatsoever, so, like all my reviews, it is completely unbiased and based on my actual first hand experience. For the purposes of this review, I will be using my current host Guru for...

END_OF_DOCUMENT_TOKEN_TO_BE_REPLACED

Deploying an effective parental control solution is hard, in fact it seems to be getting harder as technology in this area does not seem to be progressing to cope with the ever-growing number of internet-connected devices we have in our home. In my house, we have over 25 internet-connected devices. Multiple Amazon fire devices, tablets, phones, games consoles, and PC's. All of which I have to make sure are kid-safe by default. In the case of my Fire TV/sticks, there is no simple solution, as...

END_OF_DOCUMENT_TOKEN_TO_BE_REPLACED

GURU is another host which I am seeing recommended more often on my WordPress groups, as usual with lots of positive feed and great reviews on Trustpilot, but nowhere near as much as the likes of SiteGround, which is easily the most popular recommendation. So in my quest to find something better than SiteGround, Guru were next on my list.

END_OF_DOCUMENT_TOKEN_TO_BE_REPLACED

I have been considering moving on from Siteground when my yearly hosting expires (read my review) and decided to give hosting a try, so here is my hosting ew.

Wpx hosting to have almost too good to be true reputation, with positive reviews everywhere and they boast that they have superior WordPress performance and support compared to all other WP hosts, and the reviews do seem to concur, especially this one.

END_OF_DOCUMENT_TOKEN_TO_BE_REPLACED

Back in 2017 I decided to give SiteGround a try due to all the great reviews they have on TrustPilot and elsewhere, so I thought it was a safe bet, but sadly the opposite turned out to be true. I have also since learnt how untrustworthy Trustpilot is. I was given wrong advice right from the outset, the hosting plan they had recommend based on my requirements didn’t support what I needed and right from the outset I was told I needed to upgrade, which I did. But the cloud...

END_OF_DOCUMENT_TOKEN_TO_BE_REPLACED 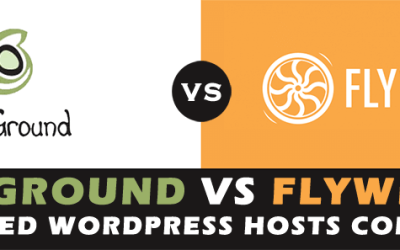 Flywheel I have had several websites hosted with  flywheel for over 1 year now, and I literally have no complaints about this provider. I have not had a single problem with the sites or the service or the support. The only issue I ever had was that the speed was not as good as it should have been, and when I queried this I discovered that some performance settings were not enabled for some reason. So what I have learnt over this last year is that you do need to have some technical knowledge to...

END_OF_DOCUMENT_TOKEN_TO_BE_REPLACED 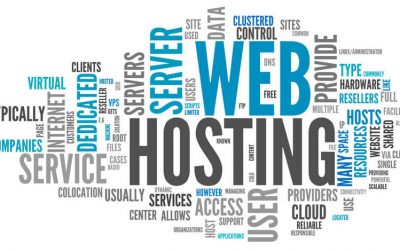 GoDaddy HostMedia SiteGround Krystal   For websites and clients that need the best possible speed and performance for WordPress and are prepared to pay extra for it, I tend use FlyWheel, who are up there with the best of the best when it comes to WordPress hosting.  But for those small, simple, low traffic sites this can be a bit pricey, so I have been on the hunt for another hosting provider that had decent performance for WordPress without costing an arm and a leg. I was originally...

END_OF_DOCUMENT_TOKEN_TO_BE_REPLACED 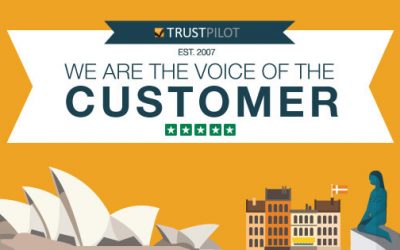 Trustpilot, is it just a big scam?

It is well known that we, the consumers, trust recommendations coming from peers or fellow consumers much more than we trust what businesses are telling us about them. Therefore the businesses selling social proof are very powerful and they can easily manipulate our thoughts on any brand. Yelp even won a court settlement recently, giving them permission to legally manipulate ratings. Both Yelp and Trustpilot claim that they don’t manipulate the truth, but when you take a closer look at the...

END_OF_DOCUMENT_TOKEN_TO_BE_REPLACED

Dodgy unsolicited sales calls are pretty much the norm these days, and we tend to take them from granted, those of us who are savvy do not fall for them, but sadly there are still plenty of people out there who do get scammed and swindled out of their hard-earned cash by these tricky sales people. The more of us that document these scams and companies implementing them, the less effective they will be as more people get into the habit of searching online first for reviews. I had a phone call...

END_OF_DOCUMENT_TOKEN_TO_BE_REPLACED

their h  unknowingly Every few weeks, we hear the news that another major corporation and their website has been hacked, just last week we heard about Equifax being hacked and data on millions of users being compromised. We of course only hear about the major newsworthy hacks which have been discovered or disclosed, but the scary truth is that around 30,000 websites are hacked every single day. Often these hacks mean your personal information has also been compromised, most likely without your...