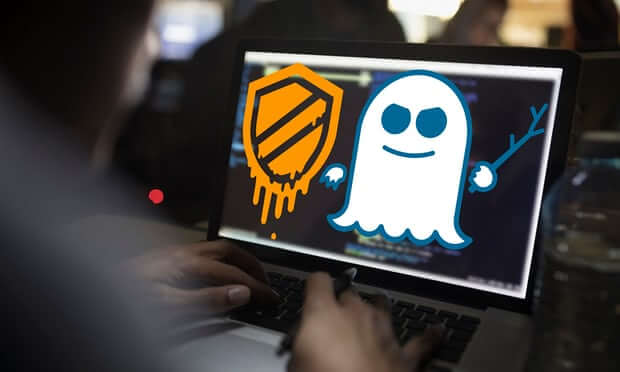 Meltdown and Spectre are the names of two serious security flaws that have been found within computer processors. They could allow hackers to steal sensitive data without users knowing, one of them affecting chips made as far back as 1995.

What are Meltdown and Spectre?

Meltdown is a security flaw that could allow hackers to bypass the hardware barrier between applications run by users and the computer’s core memory, which is normally highly protected.

Yes. Meltdown is “probably one of the worst CPU bugs ever found” according to Daniel Gruss, one of the researchers at Graz University of Technology who discovered the flaw. It is very serious in the short term and needs immediate attention.

The problem with Meltdown is that anything that runs as an application could in theory steal your data, including simple things such as javascript from a web page viewed in a browser.

Spectre, on the other hand, is harder for hackers to take advantage of but is also more difficult to fix and is expected to be a bigger problem in the long term.

What kinds of devices are affected?

Practically every computing device affected by Spectre, including laptops, desktops, tablets, smartphones and even cloud computing systems. A few lower power devices, such as certain Internet of Things gadgets, are unaffected.

What is a processor?

The processor, or central processing unit (CPU), is the primary chip in a computer that carries out the instructions of a computer program – in essence, the brain of the computer.

When you command a program to do something, it is the processor that carries out that command, co-operating with the rest of the system to perform whatever task is needed.

There are other types of processors, including graphics processing units (GPU) or graphics cards, co-processors such as sensor chips that detect motion or similar physical conditions, but the term “processor” without a caveat is generally exclusively used to describe the CPU.

Does it only affect Intel processors?

Spectre affects all modern processors, including those designed by Intel, AMD and ARM, but Meltdown is currently thought only to affect Intel chips manufactured since 1995, with the exception of the Itanium and Atom chips made before 2013.

What can be stolen?

The core system, known as the kernel, stores all types of sensitive information in memory. This means banking records, credit cards, financial data, communications, logins, passwords and secret information could which is all be at risk due to Meltdown.

Spectre can be used to trick normal applications into giving up sensitive data, which potentially means anything processed by an application can be stolen, including passwords and other data.

Is it already being used to steal data?

The UK’s National Cyber Security Centre said that there is no evidence that Meltdown and Spectre are actively being used to steal data at the moment, but the nature of the attacks make them difficult to detect.

Experts expect that hackers will quickly develop programs to launch attacks now that the information is available. Dan Guido, chief executive of cybersecurity consulting firm Trail of Bits, said: “Exploits for these bugs will be added to hackers’ standard toolkits.”

What can I do about it?

Users can do little to avoid the security flaws apart from update their computers with the latest security fixes as soon as possible. Fixes for Linux and Windows are already available. Chromebooks updated to Chrome OS 63, which started rolling out in mid-December, are already protected.

Android devices running the latest security update, including Google’s Nexus and Pixel smartphones, are already protected. Updates are expected to be delivered soon. Users of other devices will have to wait for the updates to be pushed out by third-party manufacturers, including Samsung, Huawei and OnePlus.

On Thursday night, Apple advised customers in a blog post to update their devices’ operating systems and only download software from “trusted sources such as the App Store”. The company also said that “there are no known exploits impacting customers at this time”.

If you are running old and unsupported operating systems or old phones which are no longer receiving updates, then there is no fix and your devices will remain vulnerable unless you upgrade your operating system.
I do offer Windows 10 upgrades for anyone that is not able to do this themselves.

Will the fixes slow my computer?

While the fixes for Spectre are not expected to have much immediate impact on the performance of computers, the nature of the fixes needed to protect against Meltdown could have a significant impact.

That’s due to the separation of the application and kernel memory required by the various operating systems to prevent the flaw being used to access protected data. Separating the two memory systems like this means that tasks that constantly require the kernel do to things, such as writing files to disk or sending data over a network, could be significantly slower due to the increased time it will take for the processor to switch between the application memory and the kernel memory.

Some early estimates predict up to 30% slower performance in some tasks. Whether users will notice a difference on their computers will depend on the task they are trying to do. Gaming, browsing and general computing activities are unlikely to be affected, but those that involve lots of writing files may become slower.

Some technologies, such as Intel’s Process-Context Identifiers (PCID) that was included with the company’s processors since 2013, can lessen the impact of the fixes if taken advantage of in the operating system.

Spectre was independently discovered by two people, including Horn and Paul Kocher, who worked in collaboration with Daniel Genkin, from University of Pennsylvania and University of Maryland, Mike Hamburg from tech firm Rambus, Lipp, and Yuval Yarom from the University of Adelaide and Data61.

What about cloud services?

The problem is magnified for cloud services such as Amazon’s Web Services and Google’s Cloud Platform, due to the scale of their computing resources and the potential impact on performance of the fixes.

Amazon said it was in the process of patching systems with all but a “small single-digit percentage” of its Amazon Web Services EC2 systems already protected, but that “customers must also patch their instance operating systems” to be fully protected.

Google also said that the majority of its systems were updated, but that some additional customer action may be needed for its Compute Engine and other Cloud Platform systems.

Microsoft said it was in the process of deploying fixes to its cloud systems.